Ontario wants new tools to determine whether cancers are occupation-related 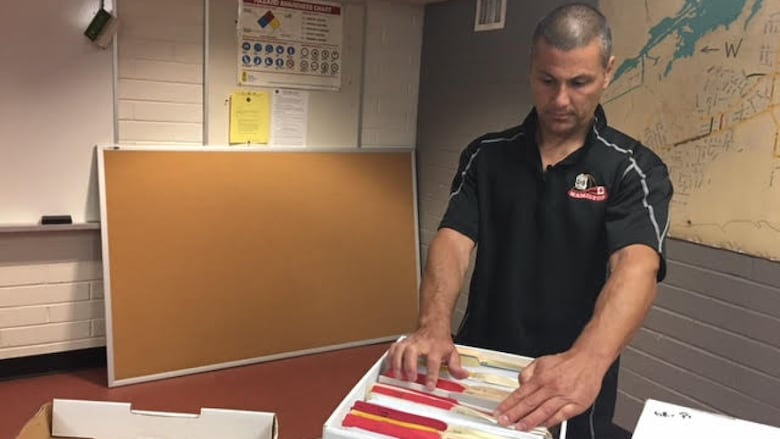 Dan Santoli helps firefighters in Hamilton get compensation for cancer claims from the Workplace Safety and Insurance Board (WSIB.) The province is looking to review how it assesses work-related cancers. (Sarah Peterson/CBC)Ontario will review which cancers are considered work related and how compensation for workers diagnosed with the disease is distributed, according to an announcement on Friday.

The hope, according to a release put out by the Ministry of Labour, is to make sure workers receive “the benefits they deserve” and to ensure up-to-date tools are used to determine which cancers qualify for compensation.

Some cancers, like lung cancer among uranium miners and laryngeal cancer among workers exposed to asbestos fibres, are well established as occupational diseases by the Workplace Safety and Insurance Board (WSIB.)

In other fields, where different kinds of cancer can develop, the link is murkier, at least in the view of the WSIB.

Hamilton firefighters file work-related cancer claims at twice the Ontario-wide rate, but whether or not they receive compensation can hinge on the kind of cancer they are diagnosed with.

In a 2017 CBC story, Dan Santoli, the WSIB compensation representative for the Hamilton Professional Firefighters Association, Local 288, said that even types of cancer listed in provincial legislation aren’t always approved.”Over the past 25 years, we’ve filed 49 colon cancer claims, and close to 80 per cent of those have been denied,” he said at the time.Santoli also told CBC that he frequently files claims on behalf of firefighters for cancers that aren’t listed at all.

“A number of our members have died from pancreatic and liver cancers. There’s evidence it was work-related, but it’s very hard to win,” he said.

“We want to ensure the most current factors are considered when evaluating whether a cancer is work-related,” said Labour Minister Kevin Flynn in Friday’s release.The provincial review of work-related cancers will be led by Dr. Paul Demers and the Occupational Cancer Research Council at Cancer Care Ontario.