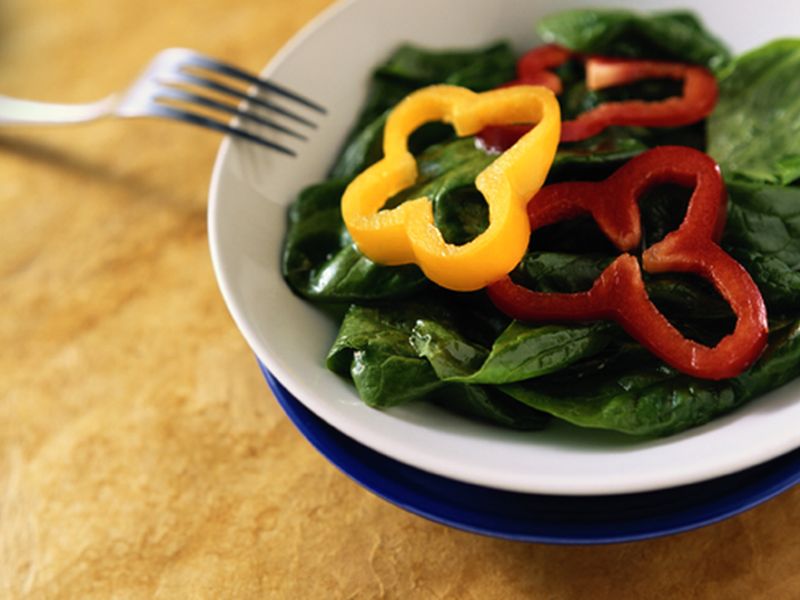 The study followed nearly 1,000 patients with advanced colon cancer for an average of seven years.

It found that people who ate right and exercised had a 42 percent lower risk of dying during the study period, compared to those who had less healthy lifestyles.

The take-home message: “Having a health body weight, being physically active, and eating a diet rich in vegetables, fruits and whole grains after a diagnosis of stage 3 colon cancer was associated with a longer survival,” the researchers reported April 12 in the journal JAMA Oncology.

The new research was led by Erin Van Blarigan, from the University of California, San Francisco. She and her colleagues noted that in 2001, the American Cancer Society published guidelines advocating a healthy lifestyle during and after colon cancer treatment.

But does healthy living really make a difference with survival?

To find out, Van Blarigan’s team tracked outcomes for 992 colon cancer patients who enrolled in a chemotherapy trial from 1999 through 2001. The participants’ health — and levels of nutrition and exercise — were then followed until 2016-2017.

People who most closely adhered to the lifestyle recommendations on diet and exercise fared much better in terms of survival, the data showed. And when the researchers took into account healthy alcohol intake, patients did even better — a 51 percent reduction in death risk during the study period.

Writing in an accompanying editorial, a team of cancer specialists led by Dr. Michael Fisch of AIM Specialty Health in Chicago said the findings confirm the power of healthy living for cancer patients.

Their advice to doctors? If there was any uncertainty before about whether or not to urge colon cancer patients to eat right and exercise, the new findings “should put those concerns to rest.”

The experts stressed, however, that a cancer diagnosis can be overwhelming for patients, and improving lifestyles in such a context is often easier said than done.

Still, the new findings “strengthen the call to take aim at extending and improving lives for cancer survivors through changing behaviors related to nutrition and physical activity.”

Dr. Jeffrey Farma is associate professor of surgical oncology at Fox Chase Cancer Center in Philadelphia. He said that far from being a secondary consideration, a “focus on improving lifestyle through nutrition and activity are moving to the forefront of a lot of cancer-related research for all stages of treatment.”

And while the new study is encouraging, “there is still much work to be done to further validate these intriguing findings,” said Farma, who wasn’t involved with the research.

Specifically, what’s needed is “for us to look at ways to integrate and support health and lifestyle changes into our practices in treating all cancer patients,” he said.