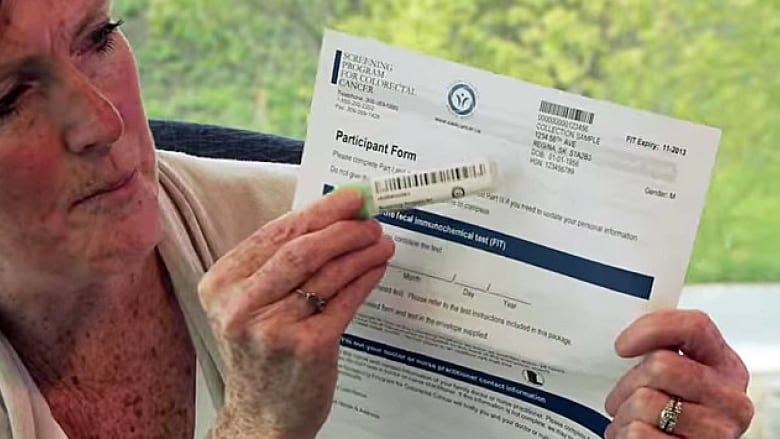 When colon cancer is detected early enough, the rate of survival is 90 per cent, according to a study.(Saskatchewan Cancer Agency)

The Canadian Cancer Society is urging people to get over the squeamishness of collecting a stool sample because doing so may potentially save their lives.

A study released on Wednesday found that about 50 per cent of colon cancer cases in Canada are detected after it has already spread to other parts of the body.

Tests are sent out through the mail but only around half of the people in Saskatchewan who receive them actually use them, according to Donna Pasiechnik. She added that those tests expire after a year.

“The message today for everyone who has that test sitting at home … is to do it,” she told CBC Radio’s The Morning Edition on Wednesday.

Colon cancer is the second leading cause of Canadian cancer deaths, behind lung cancer, Pasiechnik said. If it’s detected early enough, like in stage one, the chance of survival is 90 per cent.

But if it’s detected later such as stage four, that rate decreases down to 15 per cent.  Colon cancer killed about 9,400 people last year.

She said when it comes to people between the ages of 50 and 75, they should be screened every two years.