Toronto—People with a first-degree relative diagnosed with colorectal cancerhave twice the risk for developing the disease as those without such a family history, researchers have found.

The finding, from a multicenter team in North America, helps form the foundation of a new set of guidelines from the American Gastroenterological Association and the Canadian Association of Gastroenterology for patients with a family history of CRC. The researchers offered a sneak peek at the recommendations and the significant research involved in their development, at the 2018 Canadian Digestive Diseases Week.

“This guideline is the first dedicated guideline for people with a family history of colon cancer,” said Grigorios Leontiadis, MD, PhD, an associate professor of medicine at McMaster University, in Hamilton, Ontario, who worked on the document. “A family history of a first-degree relative with colon cancer or advanced adenoma increased the risk of colon cancer by a clinically important level. This evidence formed the basis of the final guideline recommendations, which will be published soon.” 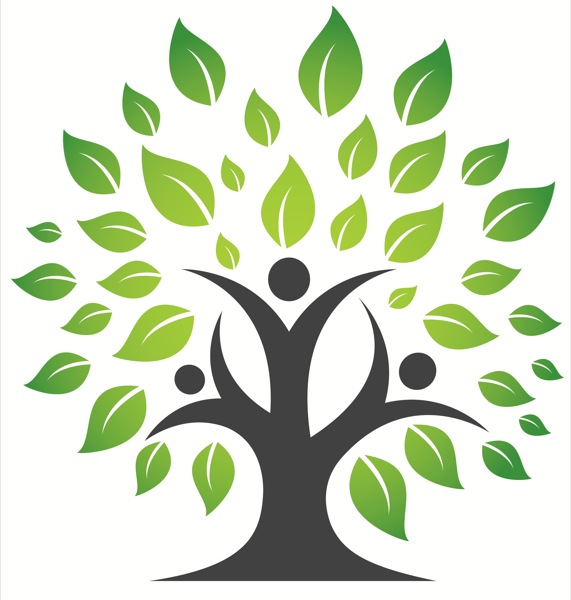 The authors conducted 10 literature searches comprising 2,094 articles (box). They used the Grading of Recommendations, Assessment, Development and Evaluations (GRADE) approach to assess the quality of evidence in the studies. 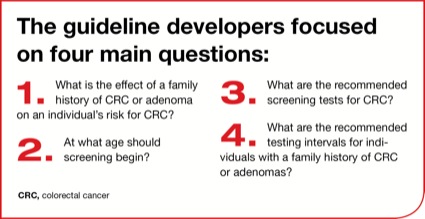 “This risk increased with number of first-degree relatives and with younger age of diagnosis of the relative,” Dr. Leontiadis said.

With respect to optimal screening tests, the researchers turned to data on efficacy, patient preference and cost-effectiveness. Using these parameters, they found that colonoscopy and the fecal immunochemical test (FIT) ranked highest among screening tests for people with a first-degree relative who had CRC. “ For individuals who had a second-degree relative with CRC, and for those who had a family history of nonadvanced adenoma, the suggestion was they should be screened according to other risk guidelines,” such as those from the U.S. Preventive Services Task Force, Dr. Leontiadis said.

“Regarding the optimal interval, the evidence was very weak,” he said. Nevertheless, the data point to a potential benefit of shorter intervals for some people with a family history compared with those at average risk.

Some audience members questioned how easy the recommendation would be to implement.

“What’s the practicality of trying to determine if the first-degree relative has advanced adenoma or nonadvanced adenoma?” asked Johane P. Allard, MD, a professor of medicine at the University of Toronto. “Because these patients will usually just say that a first-degree relative has polyps or colon cancer; they don’t know the details. So how practical is this for practicing gastroenterologists, when their patients don’t know the difference between advanced adenoma and any other kind of adenoma?”

“Most of the time, you won’t be able to classify the type of cancer of the first-degree relative,” Dr. Leontiadis said. “So only if you are certain that the family member has advanced adenoma, then you approach them as high risk, as we recommend. Otherwise, they fall into the average-risk guideline.”