In the year 2000, my Mom’s world was turned upside down when she was diagnosed with Colorectal Cancer at the young age of 34. At the time of her diagnosis, she was a young vibrant mother of three kids, aged 8, 10, and 11. At a time when her life was full of uncertainties, the only certainty was that she had to fight for her life, for her kids. The courage, bravery and resilience she showed is one of admiration. After twenty years of being in remission, she has decided to share her story publicly for the first time. Her name is Gurvinder, and this is the story of my Mom, a divine cancer warrior!

The year 2000 had gotten off to a stormy start for our family but little did we know that an even bigger storm was lurking in the periphery. One that would turn our lives and the life that we knew upside down forever. That storm was colorectal cancer. 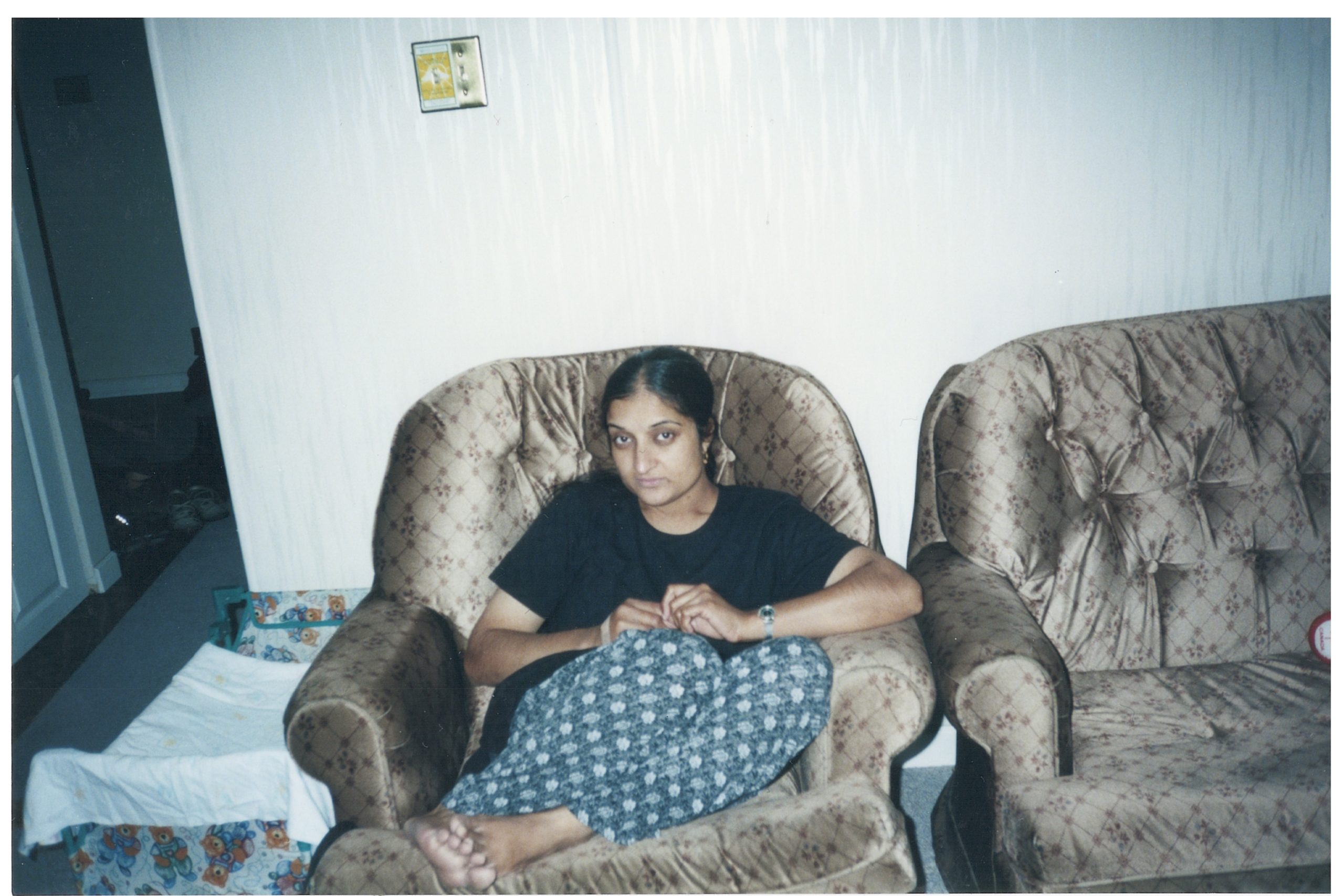 My Mom was an active and healthy young mom of three with no concerning health history. So, in April of 2000, when she began noticing abnormalities in her bowel movements, she became anxious. Concerned by the blood visible in her stool, she scheduled an appointment with her family doctor who sent her for further testing. The initial tests, which included a barium enema and stool test, were inconclusive but to ensure the symptoms were fully investigated, her family doctor referred her to a gastroenterologist. Her gastroenterologist concurred with her family doctor and sent her for additional testing. A colonoscopy was conducted in May 2000 and showed a malignant looking lesion. She underwent surgery in the beginning of June 2000 to remove the tumour and was diagnosed with grade 2 adenocarcinoma infiltrating into the muscularis propria. Seven out of eight lymph nodes revealed metastatic tumour. As a result of the diagnosis, she underwent multiple rounds of chemotherapy in the coming months. Her final chemotherapy treatment was in December 2000.

My Mom underwent surgery at Surrey Memorial Hospital and received chemotherapy at BC Cancer Agency in Surrey. From the time that she first started exhibiting symptoms, to her final diagnosis, to the end of her treatment, she felt very supported by her medical team. The treatment she received at the time was very good. Everyone at BC Cancer Agency from the receptionists to the nurses to the doctors were very supportive in her journey. They were very empathetic and attentive to her emotional and physical needs.

A memorable moment to her are words from her Oncologist, Dr. Noris. She asked him, “why did I get this cancer? I don’t have any personal health history or family history. Why me?”. The words he said back are ones she remembers to this day. He said “Don’t think that way, think instead that you are saving one of your family members’ lives by getting this diagnosis so they can have awareness about it in the future.” Those words gave her a lot of strength while she was fighting cancer. 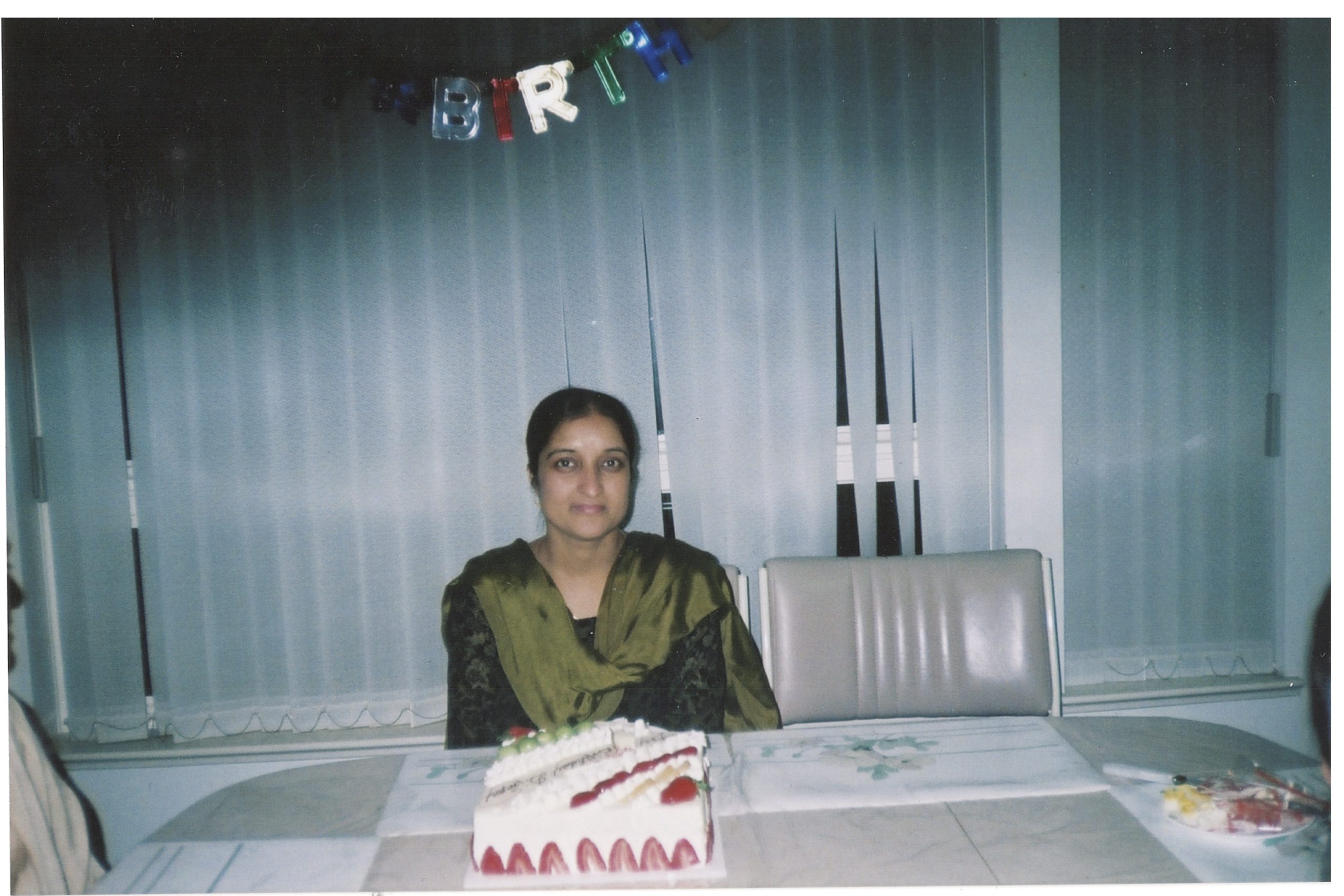 Those nine months of her life, from the time symptoms appeared to the time her treatment finished are a blur. When she thinks back to that time, her recollection of her journey is vague but her motivation to continue fighting is clear. Even while enduring treatment, her one and only focus was always her children.

When my Mom was diagnosed, she had never heard of colorectal cancer. She did not even have any awareness or understanding as to what this type of cancer was or where in the body it even was. There were no resources for her to turn to. She wanted to learn more about what it was so she could understand what she was enduring but resources like Google were not available then. She would get brochures in Punjabi from the BC Cancer Agency which were helpful to some extent, but she still did not have a full grasp of what this cancer wreaking havoc on her life was. As a result, she felt very lost, confused and isolated. It has been many years since she endured cancer and she is not aware of services that are available now, but my Mom would also like to advocate for more resources in additional languages, such as Punjabi so people like her, for whom English is a second language, can better understand the diagnosis, treatment and what they are facing she says.

It wasn’t until many years later that she finally understood what colorectal cancer was. Furthermore, it was only recently that she had her reports pulled from her old medical records so I (her daughter) could research more about the cancer she had and to what extent. At the time, she did not fully understand the diagnosis and also did not remember all of what had happened.

We come from a traditional South Asian (Punjabi) family and in our culture and community, there is a lot of stigma around the word ‘cancer’. People do not even want to utter the word cancer as it is seen in a very dark and negative light. Yet cancer is a reality, and we need to speak about it. 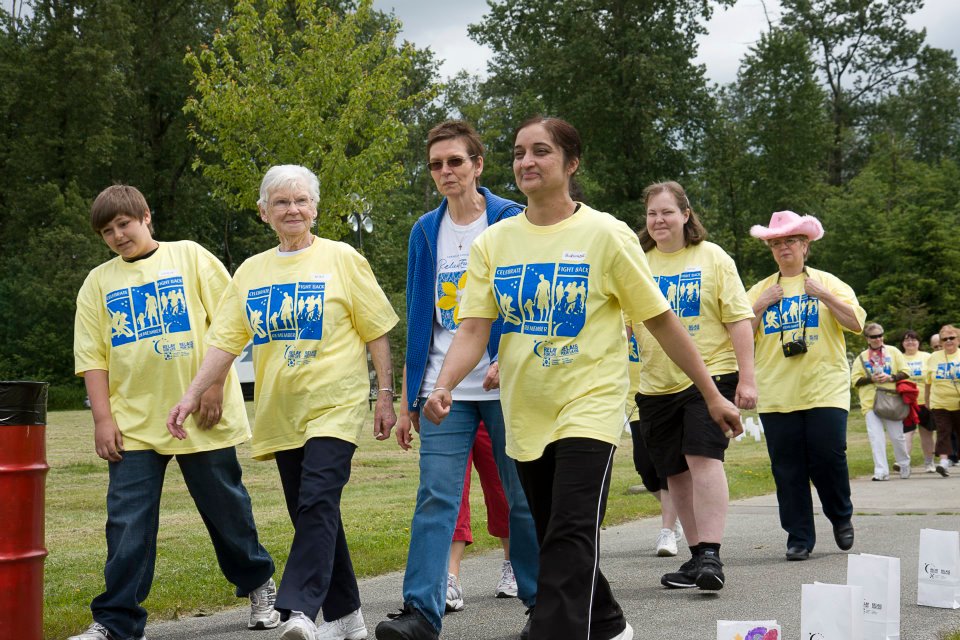 Due to the stigma my Mom chose to only share her diagnosis with select family members. My Mom says that she did not have the energy or capacity to deal with such negativity as she had three young children to think about. She refused to see cancer as a death sentence. Her only focus was on fighting to beat the cancer so she could be there for her kids.

While enduring treatment, she was mentally, emotionally and physically drained. She did not have the energy to talk or engage with anyone particularly during the weeks that she had chemotherapy.

THE IMPACT ON HER CHILDREN

My siblings and I felt very confused and scared during our Mom’s cancer journey. We struggled to find the words to talk about it and internalized the emotions and feelings that were arising for us.

We each understood, processed and internalized what we were experiencing in our own ways. I was 10 years old at that time and while I had a good understanding of what was happening, my younger sister, who was 8 years old, did not. My older brother, who was 11 years old, found ways to suppress his emotions. While we were grateful to have the support of some family members, we did not get the mental and emotional support that we needed at the time. We watched our Mother fight for her life and while we were inspired by her courage and bravery, we were emotionally scarred by the suffering that she had to endure. Undoubtedly, this impacted all three of us in varying ways in the years to come. None of us, including our mother, got the mental health support that we needed to process all that we had endured.

Colorectal cancer took away my childhood. After years of suppressing my emotions and being enraged with anger towards cancer, I finally found an outlet to channel my emotions in a positive light. For me, that was getting involved with various cancer related organizations in a leadership volunteer capacity to create awareness and continue to fight back against cancer.

Although our Mom has been in remission for twenty years, the fear is still very much real in our lives. We are all adults now, but the fear of early onset diagnosis is very real for us. As a result, we are all aware of the symptoms and ensure we are getting regular screening in the way of colonoscopies every five years. 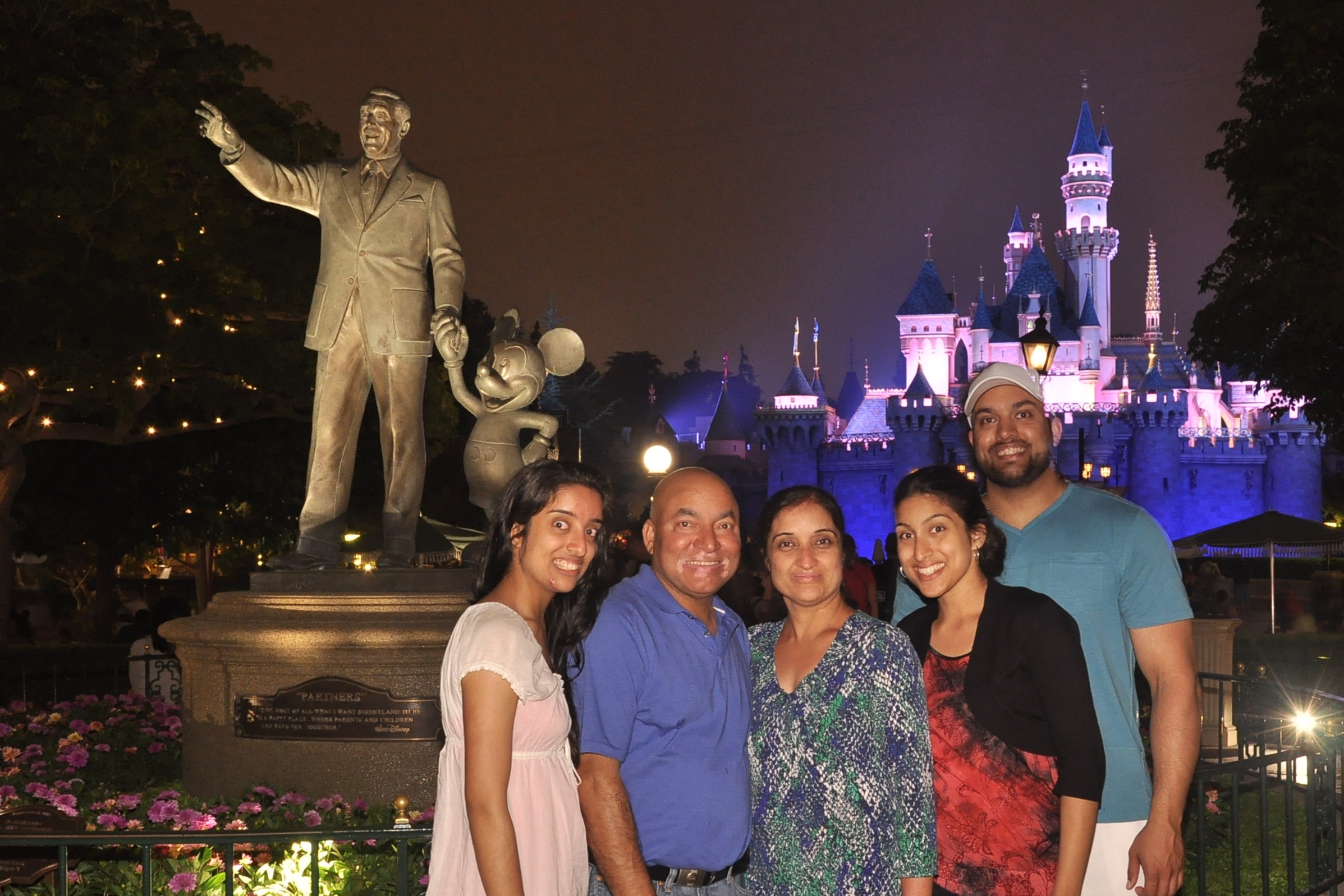 Twenty years after her diagnosis, my Mom finally decided to share her story publicly.

Her hope in doing so is to create awareness about colorectal cancer in the South Asian community and the community at large. She hopes that by sharing her story, people will feel comfortable with sharing their own story. She knows that she is not the only one who has had or will have this cancer, and she wants others to know that they are not alone. Even if this story only touches one or two people, she will feel like she has done her part in creating awareness about colorectal cancer. My Mom’s only wish is that no young mother has to ever endure what she had to endure. 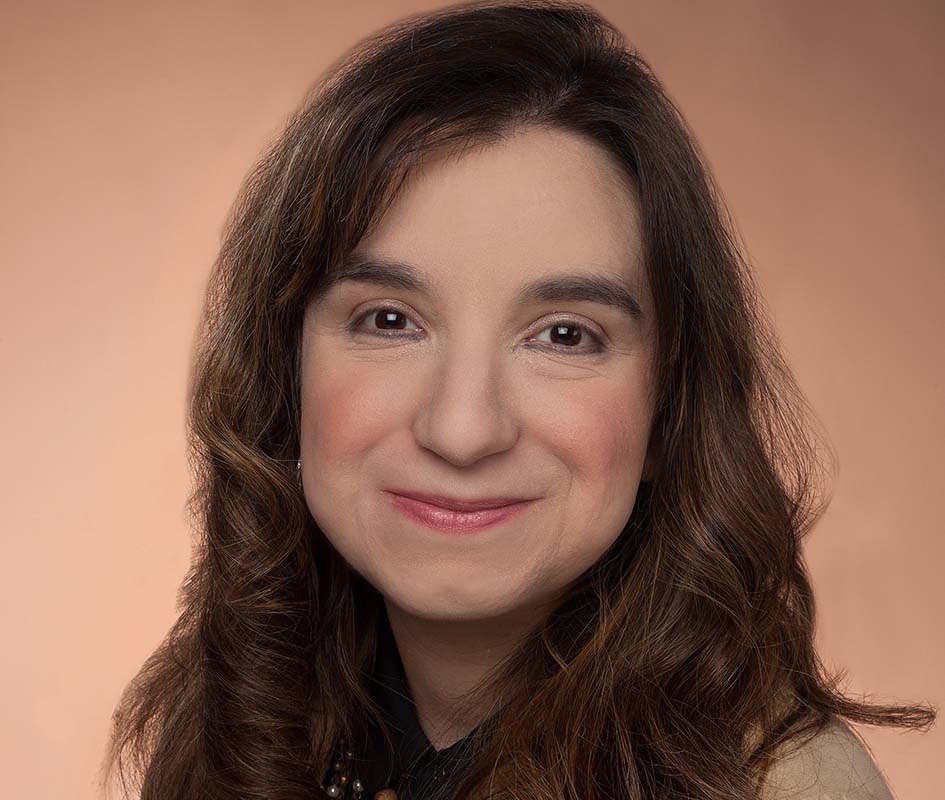 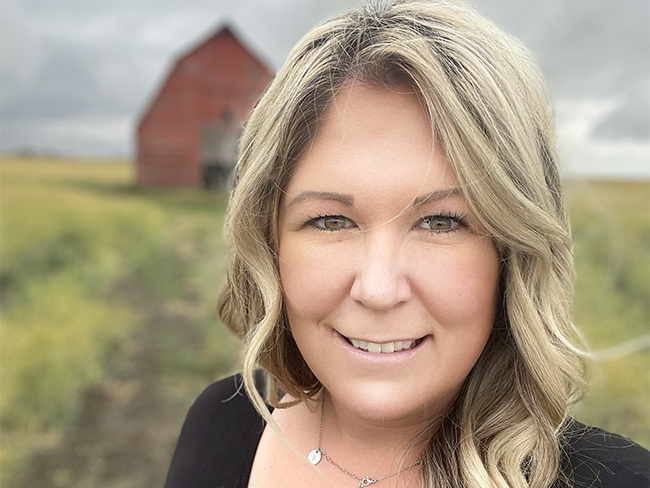 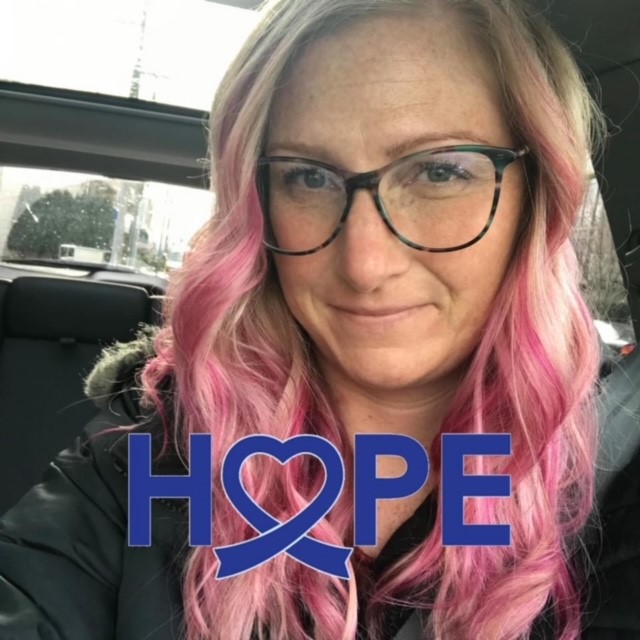