‘I still enjoy barbecue. I just won’t burn my meats now … I won’t have them well done or blackened.’ 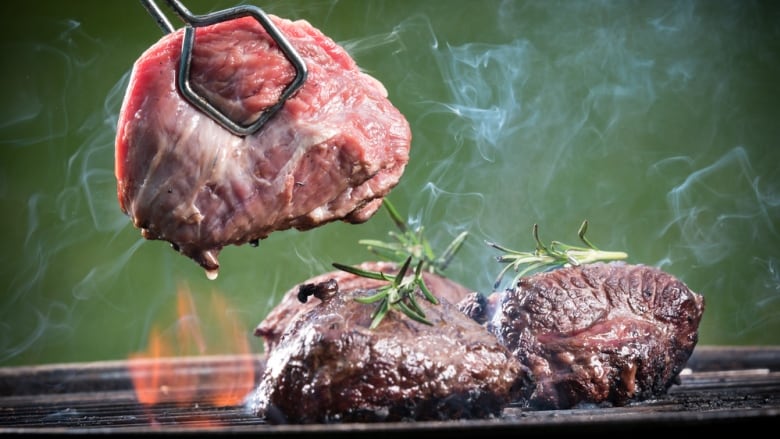 Meat is an important part of Canadians’ diets but, according to University of Alberta professor Katerina Maximova, the problem is Canadians are eating too much of it. (Lukas Gojda/Shutterstock)

Barbecue season is in full swing. But before you fire up the grill, you may want to consider the mounting evidence that charred foods can be bad for your health.

“Generally speaking, anytime you burn or char foods, you’re producing complex chemical reactions that are involved in the flavours and tastes that people seek out,” said Robert Turesky, a professor in the department of medicinal chemistry at the University of Minnesota. “But [they] can produce hazardous chemicals at low concentrations.”

Turesky says both increase your likelihood of getting diseases such as colorectal, pancreatic and prostate cancers.

That doesn’t mean you should never eat barbecue, just don’t overeat—or overcook. And it’s probably best to avoid Chicago-style steak altogether, prepared by grilling the meat on extra high heat for a short period to char the surface.

“I don’t mean to scare the public eating these things on occasion,” said Turesky. “I still do. I still enjoy barbecue. I just won’t burn my meats now. I might sear them, but I won’t have them well done or blackened.”

The same applies to marshmallows around a campfire. Turesky says burning marshmallows also carries some of the same risks as burned meat. But he says most people eat them only once in a while, so it’s not as big of a concern.

Grilling your meat with care

Gaetan Charest is a restaurant owner and corporate chef at the Halifax location of Bâton Rouge Steakhouse Bar & Grill.

He says to avoid burning your meat accidentally, be cautious of flare-ups that are a common problem for many a backyard barbecues.

“Lower your temperature; you have to just lower the temperature,” says Charest. “When there’s flames, you’re way too high.”

He also says it depends on the cut of your steak. If you have one with a lot of fat in it, then you should to move the steak away from hot spots to avoid contact with the flames. At his restaurant, the grill is designed in a way so that the middle is the hot spot and the perimeter has a lower temperature.

Charest also recommends regular scraping of your grill, even while you’re cooking, so stuck food and grease don’t catch fire.

“And then, every station has like a bowl of spray water, so the minute we see flames we’re going to spray water just to put out the fire,” says Charest.

Of course, even if you avoid burning, there are still risks associated with merely eating red and processed meats, no matter how you cook them.

Katerina Maximova is an associate professor in the School of Public Health at the University of Alberta. She says mutagenic compounds are formed during high temperature cooking, pan frying, grilling, barbecuing—and for processed meats it’s the processing, salting, smoking or curing of the meat—that can increase the risk of cancer. 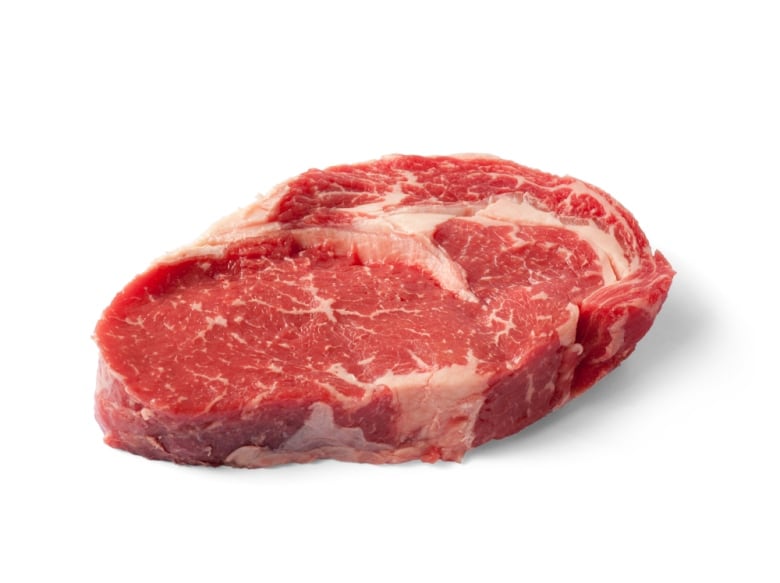 The World Health Organization suggests a maximum of just three servings of red meat per week.(Shutterstock)

Maximova says consuming just 50 grams a day—the equivalent of one hot dog or two cold cuts—increases your risk of developing colon cancer by 18 per cent.

Canadians eat too much meat.– Katerina Maximova, associate professor in the School of Public Health at the University of Alberta

“When it comes to diet, the key thing is consuming a variety of different foods in moderation,” said Maximova. “Meats are an important part of Canadians’ diets and 95 per cent of Canadians consume meat. What the issue is: Canadians eat too much meat.”

The World Health Organization recommends staying away from processed meats altogether and suggests a maximum of just three servings of red meat per week.

It’s a tall order during a time of year when Canadian’s appetite for backyard meat heats up.