New observational research indicates an association between a lower risk of precancerous growths (adenoma) in the bowel and yogurt consumption patterns — in men, at least. 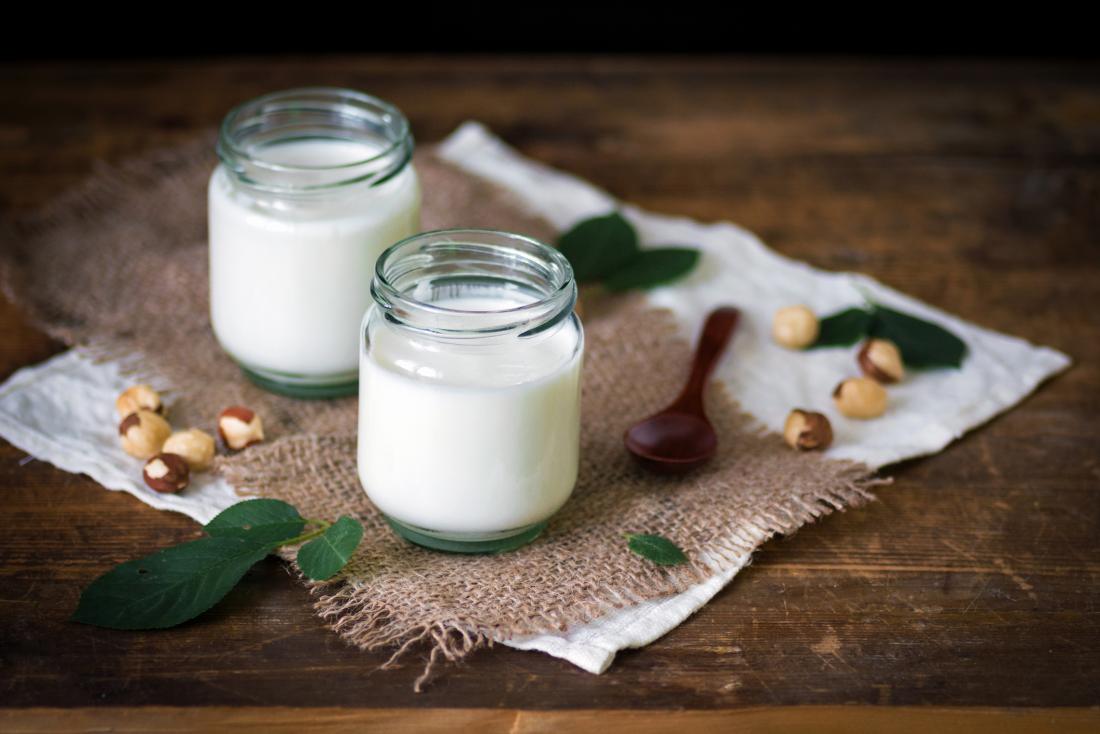 Men who eat yogurt may have a lower risk of precancerous growths in the bowel.

Estimates from the National Cancer Institute (NCI) indicate that there will be 145,600 new cases of colorectal cancer in the United States in 2019.

The NCI also note that around 4.2% of adults will receive a colorectal cancer diagnosis during their lifetime.

Although many factors can contribute to a person’s risk of developing colorectal cancer, one of the most prominent ones is a poor diet.

By the same token, however, following a healthful diet may help keep this form of cancer at bay.

It remains unclear as to which dietary factors are most helpful in protecting people from colorectal cancer. For this reason, recent studies have started by investigating the association between different foods and the risk of tumors or precancerous growths.

The latter, called “adenomas,” are growths that are usually benign; however, some of these have the potential to develop into malign, or harmful, tumors.

Researchers from the Harvard T.H. Chan School of Public Health in Boston, MA, and many collaborating institutions have now found a link between a reduced risk of adenomas in men and a high consumption of yogurt. These results appear in the BMJ journal Gut.

“[Some researchers have] underscored the urgent need to identify new modifiable factors for colorectal adenomas, [and a] few studies reported that higher yogurt intake may reduce the risk of colorectal cancer, potentially mediated by the gut microbiome.”

“However, no study has yet evaluated the association between yogurt intake and precursors of [colorectal cancer],” the study authors explain in the introduction of their paper.

To investigate the link between yogurt consumption and the risk of developing precancerous bowel growths, first study author Xiaobin Zheng and colleagues analyzed information concerning diets and adenoma formation in the case of 32,606 men and 55,743 women.

The researchers sourced the data from the Health Professionals Follow-Up Study and the Nurses’ Health Study, respectively.

All the participants agreed to have a lower bowel endoscopy in 1986–2012. This procedure allows doctors to detect the presence of any abnormal growths inside the lower part of the bowel.

Men who reported consuming two or more servings of yogurt per week were 19% less likely to develop precancerous growths in the bowel (conventional adenomas) compared with men who reported eating no yogurt at all.

Moreover, men who ate two or more servings of yogurt per week were 26% less likely to develop abnormal growths with a high likelihood of developing into malignant tumors in the colon (not the rectum).

Zheng and team found no associations between yogurt consumption and the risk of adenomas in women.

Yogurt may have anti-inflammatory effects

Although this was an observational study — meaning that it can only establish associations and does not speak of cause and effect relationships — its authors believe that the fact that they found this link in such a large cohort does indicate a potential for causality.

However, why might yogurt consumption help prevent the formation of abnormal growths in the bowel? The researchers have a few theories.

“Products of the two common probiotics used in yogurt, Lactobacillus bulgaricus and Streptococcus thermophilus, may reduce levels of carcinogens such as nitroreductase, fecal activated bacterial enzymes, and soluble fecal bile acids,” they hypothesize.

Also, “[t]he stronger link between yogurt intake and colon versus rectal adenomas may in part [be] due to the lower pH in the colon, which is more hospitable for probiotics,” they write.

They also link yogurt consumption with lower levels of inflammation:

In the future, the team aims to conduct further research into the possible mechanisms underlying the links between yogurt consumption and lower cancer risk.

The study received a number of research grants, many of which came from the National Institutes of Health (NIH). Only one of the study authors (Charles Fuchs) declared potential competing interests; he is a consultant for various pharmaceutical and biotechnology companies, including Bayer, Gilead Sciences, and Pfizer.